We’re new to the Tripawds community, so I’d like to introduce our little family.

My name is Kayla, I’m engaged to a great guy named Tyler, and I’ve got a son, Aden, who will be six in March.

In November 2012, we adopted a black cat named Hailstorm, who belonged to Aden’s dad.  She was around two years old at the time.  She’s quiet and a little scared of people, and she’s teeny tiny.  She only snuggles with you while you’re asleep, but she likes to play too.

In September 2013, we were looking at a website of a local cat shelter: Happy Cat.  We saw a picture of a cat named (at the time) Charlie McStubbins.  “Charlie” had recently had his back right leg amputated!  Someone had found him in a “rural area”, as they called it (a field or a back road, is my guess) and his leg was badly shattered.  The only way to repair it was to amputate.  Tyler saw the picture and said we would have to adopt him, because what if no one else wanted him? We had been thinking about getting a second cat for awhile, but weren’t sure if it would be wise to do so while we live in a small two-bedroom apartment.  But when we saw “Charlie” we made up our minds.  We figured our small place would be ideal for a tripawd, because he wouldn’t have a lot of space to run around and tire him out.  In only a matter of a couple weeks, Lemmy (as we decided to call him) was ours.

Things were a little rough at first, because (as I mentioned) Hailstorm is very timid.  She’d gotten used to being an “only child” and she didn’t take well to having a new cat in the house.  Lemmy took to us instantly, though.  Right away he spent all his time snuggling and purring.  He hated being locked up away from Hailstorm (as the shelter suggested) but he was happy if we were in the same room as him.

We ended up having to use a scented plug-in to calm them down, as well as calming collars, but we only had to do that for a couple weeks before they were used to each other.

Now, five months later, they still aren’t that fond of each other – they’ll chase each other around sometimes – but they tolerate each other for the most part.  Sometimes they even sleep in our bed together at night!  (Although I don’t know if they realize the other is there as well!)

Lemmy is a great cat!  He loves to eat (though we know we have to watch his weight so that he doesn’t get arthritis) and he loves to play.  He’s very curious – if we open the apartment door he’s likely to take the opportunity to take off down the hall!  Luckily there are doors at both ends, so he can’t go any further!  He loves to play, and sometimes gets over-excited and attacks your feet under the covers at night.  He’s VERY snuggly, and has the loudest purr of any cat!  He loves tummy rubs and will sometimes bonk his head on you until you pet him.  Occasionally he gets itchy in a spot where only his right foot would’ve been able to scratch, but that’s the only time where his three-legged stature seems to bother him!  He usually finds a way to relieve the itch, or we’ll do it for him.  No problem!

As for Hailstorm, she’s a lot more… set back.  She’s perfectly content to sleep on a chair in the same room as us, but she won’t go so far as to cuddle with anyone.  She’s tiny and doesn’t ever eat more than her fill.  She’s mostly scared of anyone she doesn’t know (and some people she does know), but as long as you don’t bother her, she won’t run and hide.

We love our two kitties so much!  In the spring we’ll probably get Lemmy a leash and a harness so we can take him for a little exercise in the green space behind our building – nothing too far away so he doesn’t tire himself out! 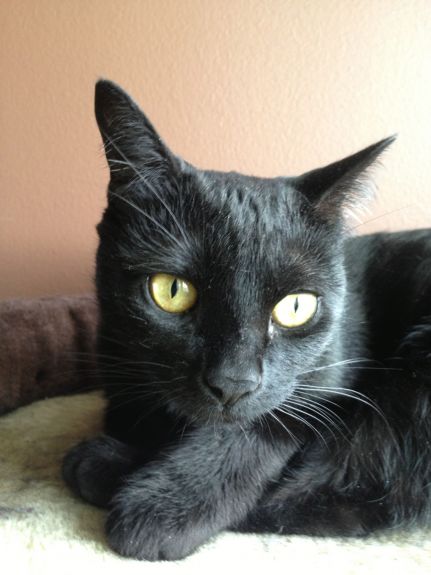 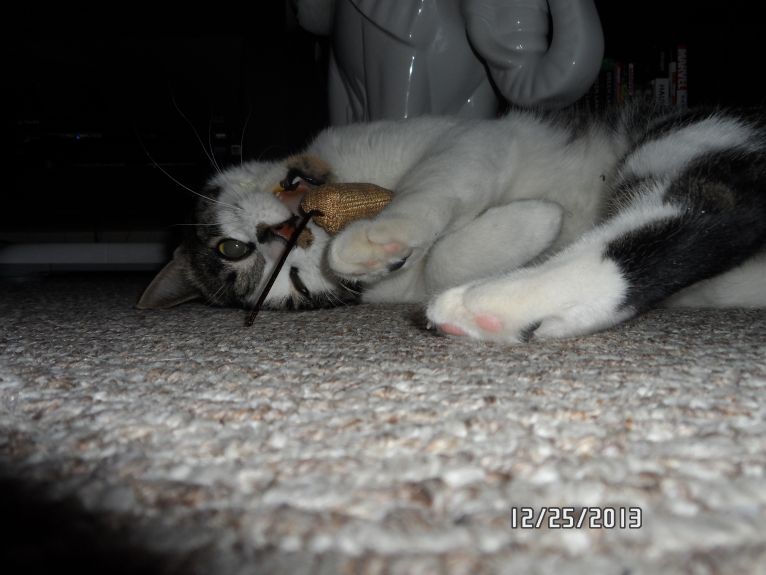 Add an excerpt to your posts to provide a summary for readers in many blog themes!

Welcome to Tripawds. Please read on for important tips. This is your first post. Edit or delete it, then start blogging.

Be sure to check out your default sidebars for helpful tips to make the most out of your new Tripawds Blog!

Don’t miss our helpful WordPress tutorial videos if you need help getting started with your new Tripawds blog.

Please publish a new post (or edit this one) to share your story. The Tripawds community is only notified of new blog posts in the Recent Posts widgets found throughout the News blog and discussion forum pages. Members will not be notified of any comments made on this default first post. You can also choose to edit or delete your sample page.

NOTE: If you edit this post, be sure to modify the “Published” date and change the post author to your username from the Author drop-down menu on the edit page. That way you will be notified of any comments you receive so you can approve them.

By default, any first comments made on your blog will require moderation in an effort to limit the amount of spam you receive. Be sure to “Spam” any inappropriate comments, and approve those from your readers. You can change your comment options from the Settings -> Discussion tab in your dashboard.

See the Help videos or post in the Tech Support forum with any questions.

By default your site will be indexed so Tripawds members will be notified of your update in the Recent Posts lists throughout this community. If you change your Privacy settings to discourage search engines, your posts will not be indexed! If for some reason you do not want your posts indexed, consider starting  forum topic to share your story and reply there with links whenever you publish new blog posts.

Tripawds Blogs shall NOT be used for fundraising purposes. Direct appeals for money to help cover care expenses will be deleted without notice. Everypawdy in the Tripawds community faces their own share of high expenses related to surgery, recovery and care. Veterinary financial aid resources can be found in the Tripawds News blog. Please see the Tripawds Fundraising Appeals Policy for more information. Thank you for your understanding.

Thank you for sharing your story, and happy blogging!